New medicines save and improve lives every day.  They reduce costs to taxpayers and patients. They drive the engines of science and innovation. 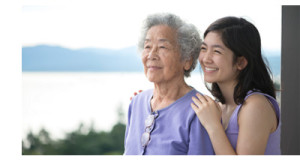 Specialty medicines provide patients with today’s most complex and challenging diseases hope for the future. They have a transformative impact on the health and well-being of patients and their caregivers by extending life, halting or slowing disease progression, minimizing complications, preventing hospitalizations and surgeries, and reducing side effects.

Treating illnesses with highly effective medicines is a successful long-term disease and cost-management strategy. In fact, drug costs are increasing considerably more slowly than health care costs overall, and the rate of increase in U.S. drug expenditures has been dropping for over a decade. Loss of productivity caused by illness costs us billions – value which can be regained by smarter use of new medicines.

Pharmaceutical companies are on the cutting edge of innovative research and development. While developing new medicines is a costly and long-term process, it is critical that researchers have the ability to fund their investigations. Even unsuccessful efforts are key to enhancing scientific understanding of the diseases researchers seek to defeat, and may be the stepping-stone to a treatment or cure.

Thank You!
Your message has been sent successfully.